One of the first major hurdles that many people must get over is harmonizing the OoT map with the rest of the known maps of Hyrule. The maps in LoZ and ALttP look pretty similar to each other, but the map in OoT looks very different. As I have explained before, this is due to the OoT map being drawn from a different perspective. It is tilted with respect to other maps. This isn't a very easy concept to visualize, so I've got pictures. First compare this set of pictures: 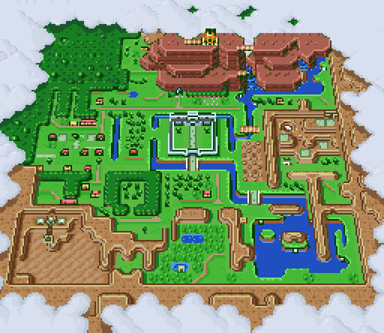 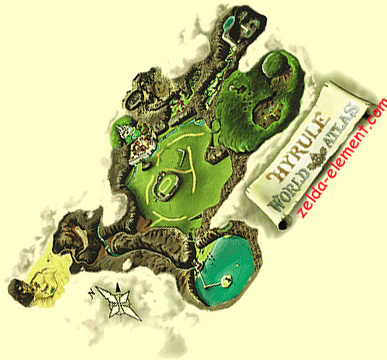 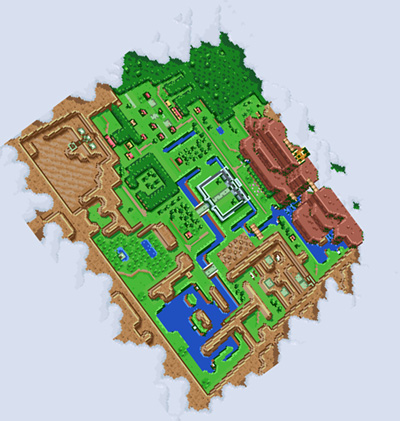 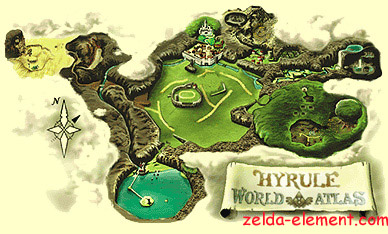 See how the tilted ALttP map looks pretty much the same as the OoT map? As you can see from the pictures, the only difference between the maps is that of perspective. The two people who drew the maps were merely standing in different locations when they were looking at Hyrule. Nothing is different about the maps, only the way the observer is holding the map.

This brings up another interesting point: where is true, or compass, north? When you are playing Zelda games such as LoZ and ALttP, this really isn't an issue. Up is north, down is south, left is west, and right is east. But when you get to OoT, the map is tilted, and yet the compass still points up to indicate north! There are therefore two possibilities: either "up" in LoZ and ALttP is true north, or "up" in OoT is true north. I postulate that, since OoT is the only game that shows the sun, and since true compass directions are given in terms of the location of the rising and setting sun, OoT is the most authoritative source on true north. Thus, "up" in OoT is true north, which makes "northwest" in LoZ and ALttP true north.

To keep things from getting confusing, throughout this article I have ignored true north. The map alignment given in LoZ and ALttP is the most well-known, so all compass directions are given in terms of the game compass in these games.